Skip to content
Loading...
Latest news
How to Keep Your Product Strategy From Turning Into a Game of Jeopardy
The Maturity of your Market Dictates the Type of Product that You Need
Politics and your next release
What is a Successful Product? An Overview of Metrics and KPIs to Track Product Success
Product Management – You’re doing it wrong
CollaborationCultureDesignDevelopmentEntrepreneurshipInnovationInteractionMessagingPersonasProcessProduct ManagementProject ManagementRequirementsResearchSaeedUsability

Tom Grant has started an interesting series of posts entitled Against a Grand Theory of Product Management. The articles are interesting reading, but make sure you have your thinking cap on when you start, because Tom is discussing an important but rather abstract topic.

He pulls in references ranging from Middle Range Theory (something I’d never heard of before) to Darwin’s theories (something I think we’ve all heard of but probably don’t adequately understand) to help convey his points. I had to read the posts a couple of times each to better grasp the specifics of his arguments.

In Part 2 of his series, Tom asks:

If someone can figure out why even the most meticulously written and reviewed requirements don’t stop some tech companies from making products that their users don’t like or can’t understand, that’s a big contribution to our little field of study. Best to have more middle-range theory before even thinking about the GToE [Grand Theory of Everything].

This is a great question. But before I answer it, I want you to watch the following video. It is from a TED Conference talk given in February 2008 by Robert Lang. Not only is this a fascinating video, but as you’re watching it, keep Tom’s question in mind. Don’t read on though until you watch the video. 🙂

[BTW, if you are impatient and read ahead, the important stuff starts at about 2:00 in the video.]

Lang talks about the evolution of origami, that took it from a traditional Japanese art form that most of us associate with creating things like this: 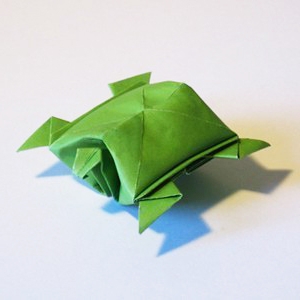 and turned it into an art (and science)  form that allows people to create things like this: 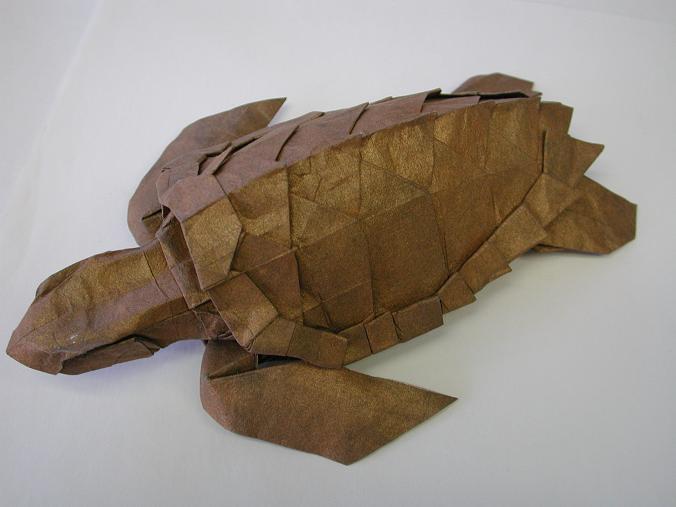 And what caused that evolution? In Lang’s words, the answer is “mathematics”, or more specifically, the creation and utilization of a set of rules that provide a language for defining what can and can’t be done in origami.

The rules define the crease patterns — the lines along which folds are made — in the paper. And there are 4 rules:

[Note: if you don’t understand these rules, watch the video. 🙂 ]

Now these 4 rules define the properties of valid crease patterns, but there’s still something missing. How can those rules be applied to create sophisticated origami? In short, what goes in the box? (see 4:40 of the video)

Lang discusses that as well, and provides this diagram:

In short, the physical subject is reduced to a tree figure defining the key components (“flaps” in Lang’s terminology) of the subject. In this case, those are the legs, antennae, horns etc. of the beetle. That’s fairly easy.

Then some process must be used to take that tree-figure and create a base form for the final origami. He calls that the hard step.

And finally the base form can be refined to create the finished model. That’s fairly straight forward.

The “hard step” is accomplished using the rules defined above and the language for applying those rules. Given those rules are mathematical in nature, they can be written precisely and unambiguously and then executed to create the final model.

What does this have to do with product requirements and Tom’s question?

When looking at product requirements, there are analogies to Subject-Tree-Base-Model example given above.

But herein lie the problems, because that “hard” step in origami, is REALLY hard in product development.

This last point is key and deserves a little more discussion. What people like and understand is complex and is not static. In general, what people like is based on overall experience and emotion. It is not something that (currently) can be defined in a set of requirements.

i.e. users of this product must feel giddy with excitement the first time they use this software

So, can origami teach us something about product requirements?

Absolutely. The origami path from Subject->Tree->Base->Model forms series of transformations that is akin to the requirements gathering, communication and development process used when creating products.

Once a set of clear foundational rules for origami were defined and understood, not only did they open up new possibilities for forms never thought possible, but those rules formed the grammar for a language that makes precise and unambiguous communication also possible.

There is almost certainly a set of rules and language for precise definition and communication of requirements, but it has not yet been clearly formalized. That is likely a necessary stepping stone in the maturity cycle of product development.

But even with that requirements language, changing market landscapes, customer preferences and needs, technological, resource and time constraints will all work together to make product success a “grey box”, where those with great vision, insight and execution are likely to succeed but never guaranteed that success.