Skip to content
Loading...
Latest news
How to Keep Your Product Strategy From Turning Into a Game of Jeopardy
The Maturity of your Market Dictates the Type of Product that You Need
Politics and your next release
What is a Successful Product? An Overview of Metrics and KPIs to Track Product Success
Product Management – You’re doing it wrong
AlanLeadershipProduct MarketingWin/Loss Analysis

Teams requires both a laboratory, to innovate and design, and a factory, to build and deliver. Unfortunately teams, companies, and individuals spend too much time in the lab or the factory, and often confuse the these two very different environments. In doing so, we frustrate ourselves and fail to capitalize on significant opportunities. 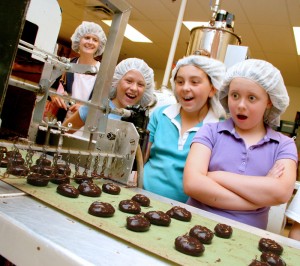 A tale of two teams

I recently interviewed two VPs of Operations for major US wireless carriers. They provided very different outlooks on situations that are in many ways nearly identical. Both had sprawling infrastructure as a result of decades of acquisitions, divestments, new product builds, and so on. And both had been recently appointed to get things under control.

The first VP, Edgar, expressed serious frustration and fatigue. He described a team fighting fires and always behind schedule. But what felt most overwhelming they were not moving forward fast enough to catch up. The team was also stressed out, and sick leave had increased. According to Edgar this was just making things worse – with fewer employees at their desks, they were getting more and more behind.

The second VP, Jack, gave a distinctly different perspective. Jack described the current state of measuring, learning, and observing; “We are learning about the environment and how it behaves.” Soon, he said, they would start experimenting with some improvements.

Turning the factory into a lab

Jack had turned his factory into a laboratory, where the team’s job was not just to keep the lights on, but to invent new processes, techniques, organizations, and technologies to make things run more smoothly. If he viewed that operation as a factory, it would be judged a huge failure. But viewed as a lab, it can be seen as a place full of upside, with opportunity for a lot of creative thinking, growth, and empowerment. If the boss things that way, it flows to the team as well.

The lab vs. the factory

The lab has very different kinds of thinking than the factory. In the lab, we set goals and make hypotheses, but no one pretends to be able to predict the outcome or the timelines with great certainty. When we release that need for certainty, we open ourselves up to experiment. It’s called trial and error for a reason; we expect errors to occur, and that is in fact how we learn and ultimately how we create something new.

Once the mindset is changed, the team starts to have fun again. We realize that we’re trying something without a predictable outcome, and so we just do our best, make our best attempts, debate hypotheses, design tests, but everyone realizes that we are in fact experimenting. Everyone relaxes a little.

If any leader decides to change modes from factory to laboratory, it is critical that the leader manages external expectations. If we are working in the lab but management or other stakeholders are expecting our usual factory delivery, they will be frustrated and disappointed. Missing expectations is a serious career limiter for any leader.

The leader’s job is to reframe the activity and persuade external stakeholders to change mindsets. If persuasion is not your game, you can also give them a choice: “We can use our factory and produce X, but if you really want Y, we need to use the lab, and that will be more expensive and take longer. We can’t guarantee success, but here is what we think we can do, and we believe you’ll be very pleased.”

Nail it. Then scale it.

“Nail it. Then scale it.” is my company’s tagline, but it’s more than just a marketing slogan. I see it as an approach to many tasks and situations. I coach my clients, employees, and friends (and myself!), to apply this philosophy many areas of work life, and even some areas of personal life. If you are trying to produce something at scale without understanding the basic mechanisms and tasks, you will suffer great frustration and likely fail. It takes patience to recognize areas that need to be ironed out before they can be successfully repeated over and over. You have to nail it before you can scale it. When we are in the lab, we our job is to nail it. It is a common and often disastrous mistake to try to scale it before we nail it.

Step 1: Become conscious of the difference between factory and lab

The first step is to become conscious of the difference between the factory and the lab. I encourage you to ask questions like:

Stay tuned for the next instalment where I will talk more about the implications of lab and factory thinking for organizations.

TWEET THIS
The Factory vs The Lab: Leaders know which is which, mistakes are costly. http://bit.ly/iYm8h5 #leadership #prodmgmt #prodmktg via @ONPM