Skip to content
Loading...
Latest news
How to Keep Your Product Strategy From Turning Into a Game of Jeopardy
The Maturity of your Market Dictates the Type of Product that You Need
Politics and your next release
What is a Successful Product? An Overview of Metrics and KPIs to Track Product Success
Product Management – You’re doing it wrong
CultureProduct ManagementProject ManagementRequirementsSaeedSalesStrategy

I heard an interesting story recently from a PM friend of mine. 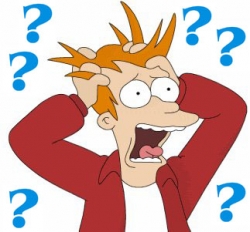 Her sales people had requested an ROI spreadsheet to use with prospects. Given current economic conditions, many prospects needed to show clear ROI to their management as a criteria to get budget approval for purchases.

The Sales team wanted an ROI calculator that they could fill in with the customer to show the savings that would be generated if they purchased the product.  One other requirement from the sales team was that the spreadsheet should be clear and simple as most ROI spreadsheets are far too complex to understand.

That made absolute sense to her. No problem she said. Her product had a very clear labour saving aspect to it, and so it should be easy to put together.

She took an existing ROI calculator for another product which had data, calculations and charts displayed on several tabs in the spreadsheet, and consolidated it into a simple single tabbed sheet with all input and output visible at once.

You could change inputs such as headcount, time allocations, costs etc. and immediately see the results without having to flip tabs or scroll etc.  A couple of weeks later, after some internal discussion and feedback, she presented the spreadsheet to the sales team, walked them through how to use it and answered any questions they had. Overall though it was well received.

A few weeks later, she started to receive negative feedback about the spreadsheet from the sales team. At first she didn’t focus too much on it, but after the 3rd sales rep came back with the same issue, she took note and went to work on version 2 of the sheet.

It turns out that the ROI calculator was TOO simple and that the feedback was that once the prospect took the sheet to their management, it was rejected because it didn’t look like other ROI calculations they had seen! The calculations in the sheet were valid, and they were based on the customers’ own data, but that was discounted due to the simplicity of the sheet.

They wanted to see a calculator that looked more like other calculators they had. Not only did this help them get a perceived “apples-to-apples” view of ROI for different products, but, in at least one case, the prospect said that his manager’s view of the product was influenced by the simplicity of the spreadsheet. i.e. why should they pay that much money for such a simple product.

In the end, version 2 of the spreadsheet was released. It too was well received by the sales team but more importantly, it was also well received by prospects. At minimum, there were no more comments about the sheet being too simple.

There are some lessons to be learned from this.

It’s this third point that is most important and really the moral of this story. You don’t know what you don’t know, usually until it’s too late. It’s another reason to speak directly to your audience and not just accept the word or proxies or intermediaries.

Tweet this: You don’t know what you don’t know (until it’s too late) http://wp.me/pXBON-2X2 #prodmgmt #requirements #innovation