Skip to content
Loading...
Latest news
How to Keep Your Product Strategy From Turning Into a Game of Jeopardy
The Maturity of your Market Dictates the Type of Product that You Need
Politics and your next release
What is a Successful Product? An Overview of Metrics and KPIs to Track Product Success
Product Management – You’re doing it wrong
CultureEducationEntrepreneurshipInnovationLeadershipSaeed

If I gave you an assignment to hire someone to build a device to get cameras (still and video) into the upper atmosphere (at least 80,000 feet), take pictures and video, have the cameras return to Earth and then recover those cameras and images, who would you hire? 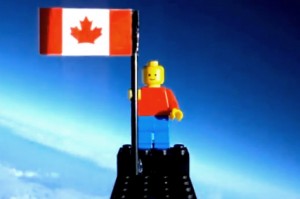 And what budget would you need?

If you said a $500 budget was sufficient, and you’d hire a couple of high school students to do it, you wouldn’t be crazy. You’d be absolutely right. I’ll explain more in a minute, but let me change one thing and see how that affects the answer.

What a difference 20 years makes

If this was 1992 as opposed to 2012, and I gave you the same task, would your answer be the same? Absolutely not. But if you gave the same answer in 1992, I would definitely have thought you were crazy! Back then it would have required some Ph.Ds and hundreds of thousands of dollars to do what what was asked. It’s amazing what a difference a couple of decades can make.

So what am I talking about?  Read this article about how two Toronto high school students, Matthew Ho and Asad Muhammad, did exactly what I described.  They bought second hand cameras, cell phones (for the GPS) and other parts from online sites, used the Web to help them plan their project and the flight path of the craft, so they could retrieve it later.

While this is only one small (but amazing) example, it is illustrative of the environment we live in. We have access to amazing technology  and data that either didn’t exist or was limited to large corporations and research labs only 20 years ago. And the pace of technological improvement is not slowing. It’s not simply about Moore’s Law (exponential increases in computing power), but about improvements in material science, very low cost manufacturing, and broad accessibility FOR THE PUBLIC to technology, products, services and knowledge to help bring ideas to fruition.

Look at the Maker movement, and sites like Instructables and Inventables and even companies like Quirky, for examples of how invention AND innovation are becoming easier for everyday people.

Culture needs to catch up with technology

But to really take advantage of all this, we need to change our thinking to be more like the two high school students. No one told them they had to do what they did. It wasn’t a high school assignment or a 3rd party contest. They did it because they thought it was possible.

While we definitely have access to 21st century technology, when it comes to truly innovative thinking, large parts of our culture and institutions (e.g. schools) are still mired with very old 20th century structures and cultures.

We need to change that so that we can encourage all the other “Matthews and Asads” (as well as the “Marthas and Ayeshas”) to truly think outside the (institutional) boxes they are in. Innovation can better every part of our society, but we have to change how we think if we want to truly benefit in the Age of Innovation.

Tweet this: We are entering the Age of Innovation http://wp.me/pXBON-37i #prodmgmt #innovation #legoman