Skip to content
Loading...
Latest news
How to Keep Your Product Strategy From Turning Into a Game of Jeopardy
The Maturity of your Market Dictates the Type of Product that You Need
Politics and your next release
What is a Successful Product? An Overview of Metrics and KPIs to Track Product Success
Product Management – You’re doing it wrong
EntrepreneurshipGuest BloggerLeadership 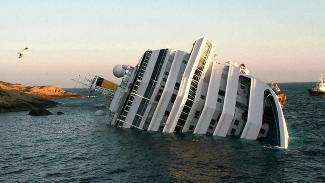 Being wrong bothers most people. In fact, we all work pretty hard to avoid being wrong.  But we often are faced with so many decisions that it is hard to put the time into each of them to be sure that we are making only good decisions and no bad decisions.

Not all decisions are worth the same amount of effort.  Some decisions have so few side-effects that being wrong really does not matter.We are often so personally invested work that to knowingly allow some things to be wrong is too hard.

We may fight hard for some decisions for no other reason than we want everything associated with our project to be perfect.  We act as if everything is of high importance. It really is not. One of my favorite quotes says it best. It comes from The Soul of A New Machine

by Tracy Kidder. In it, Tom West says,

This may seem like heresy but it is not. Building the right product for the market is very important. Having the core set of features that everyone will use is very important.  Having obscure capabilities that people will rarely use is less important.  Think about the products you are involved in right now. Are there things whose outcome is really not that important?

You can get too emotionally involved in your own project. I once built a wall unit for our family room that housed the television, the kids’ toys, and a lot of books.  People would come over and compliment me on how nice it looked.  All I could see were the mistakes.  Nobody noticed these mistakes, but I obsessed on them.  Were they really wrong if nobody noticed them? Was I right to obsess on them?  I think not.

If I was an artist, I would want everything in my art to be perfect. I would want absolutely nothing wrong with it as art is often an attempt at creating perfection. But we are not artists in building products. We build them to a tolerance, not to an ideal.  Things need to fit plus or minus some degree of error.  Unless you are building at the very high end of the market, you have to expect to have some aspects of your product that are not as good as you could imagine.

Gauging the cost of being wrong

Given how many decisions there are to be made some prioritization is already taking place. The important decisions are scheduled and given a great deal of attention.  What happens to the others?  Can you get to all of them? Can you put enough time into each one to assure a good decision?

If not, what happens if the decision later turns out to be wrong?  There are many decisions whose outcome really is not very critical to the overall success of the effort. Sometimes the cost of being wrong is so low that it is not worth putting a lot of effort into making sure the decision itself is right. In fact, one way to prioritize decisions is by the cost of being wrong.  Those that have really big negative side-effects are important, those that do not are not important.

There are different types of costs here:

Most of the costs listed above have some side effect on the company or the customer and can be gauged reasonably objectively. #7 & #9 are more personal and harder for many of us to weigh correctly.  Our need to distance ourselves from things that are wrong may cause us to work too hard on things that do not matter. Personal embarrassment will not occur if the outcome is not noticed.

If it doesn’t matter flip a coin

It is important to test your own conclusions about the cost of being wrong. Having others review your conclusions can help avoid blind spots where you think a decision is not important when in fact its negative side effects can have dire consequences.  But be careful, some people think every decision is important.

Fred Engel is founder and CEO of Westerly Consulting, a management and advisory consulting firm based in Rhode Island.