Skip to content
Loading...
Latest news
How to Keep Your Product Strategy From Turning Into a Game of Jeopardy
The Maturity of your Market Dictates the Type of Product that You Need
Politics and your next release
What is a Successful Product? An Overview of Metrics and KPIs to Track Product Success
Product Management – You’re doing it wrong
LeadershipMultiple ContributorsOrganizationPricingProcessProduct ManagementRequirementsResearchStartups

Late last year, we had a group post on Lessons Learned in 2011. It was well received so we decided to post another one. This one is also about lessons learned, but focused on mistakes we made in our careers . Hopefully this advice will help some of you avoid making the same mistakes we did. 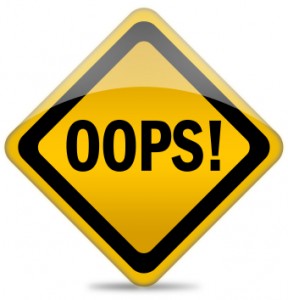 A few years ago I started a new telecom job managing a group of related products. Although I was excited about the challenge, I was working under great stress and juggling too many projects with too little time to prioritize. Typical PM situation.

I was asked to quickly re-launch one of the company’s products (an internet + voice + mobile pack) as its sales had declined quickly in the previous quarter. As I started analyzing what changes needed to be made in order to increase sales, I overlooked some important market information and ended with an uncompetitive pricing strategy.

To make matters worse, my bosses didn’t question my pricing strategy and I didn’t realize my mistake until the changes were ready to go live. I had to stop all the go-to-market activities, admit I’d made a mistake and work hard to correct it.

I learned that no matter how tight your timeframe, you always have to dedicate time to know the market your product is playing in. It is far more expensive to make a pricing mistake than to take an extra month to re-launch. On the personal side, I learned that it takes courage to admit one’s mistakes.

Shardul Mehta – What got me here won’t get me there

“They gave me this job because I’m good at what I do, so they must expect me to do more of it here,” is typically how the reasoning goes. So you focus on doing what you know best, which makes you feel confident, in control and safe. But it’s a delusion. You’re actually setting yourself up for failure and limiting your opportunities to advance your career.

Even accomplished senior executives have fallen into this trap. The terrific book, The First 90 Days, gives the example of Douglas Ivester, who was promoted to CEO of Coca Cola in 1997 and thought to be the perfect fit, only to be forced to resign two years later, because he continued to act as a “super COO” rather than fully embrace the strategic and visionary role of the CEO.

As I’ve enjoyed success in my career, I often go back to that saying, “What got you here, won’t get you there.” This doesn’t mean ignoring past successes, but recognizing that my performance is now being measured by a different set of metrics. I admit, it’s something I’m still trying to crack the code on.

What this means is re-learning how to learn. It means letting go of the past, understanding how past success can actually be a barrier now, and what new perspectives need to be developed. There is much truth in Yoda’s wise teaching: “You must unlearn what you have learned.”

I am not sure if it is a mistake but it took me a long time to realize that Product Management & Marketing was what really interested me.

I started my career in sales at Dell Computers with no idea of what I wanted for my career; I was only doing sales because I needed a job to pay the bills and all my friends were working there. Dell gave me great product and sales training.

Three years later, I left Dell and joined a startup in a sales role. I made some good money (finally!) but the problem was that management got to know me as a sales person and did not help me in developing my career in other areas. The company was doing well and growing by leaps and bounds.

I wanted to be involved in strategy, in partner development, and in marketing. I just enjoyed being challenged by complex problems and working with a team to solve them. I envied the marketing and product management people as they were dealing with, in my opinion, the most challenging and creative problems.

So, I took marketing classes at night with the hope to move to marketing one day. After many years with that start up, I quit and took a big pay cut to follow my passion for marketing.

I eventually found a good marketing position in a telecom start up.This job was great because I was the first and only employee in marketing so I got the chance to grow a marketing department.

This is a long story to say: it helps to know what you want early on and to focus on it so you can develop and move up faster.

The second word of Product Management is “MANAGEMENT”, and its really important to keep in mind that the “Management” is multidimensional.

Yes, the obvious work is the product work, whether related to requirements gathering, working with Engineering or Marketing or Sales or customers or prospects etc.

But when working with executives, there’s a whole set of management skills that need to be applied, and unfortunately, unless you’ve learned them somewhere else, you’re likely to have to learn them the hard way, like I did.

“Managing up” means different things to different people. Some people look at it as doing what your boss says to make her happy. And that actually works for some people. But managing up starts with understanding the context that your boss, or executives work in, and aligning yourself with that context. It doesn’t matter how hard you work, or in fact what accomplishments you feel you’ve achieved, if those aren’t important to the goals and objectives of your boss or the executive team.

In my case, in one job, I did what I believed was in the best interest of the products I managed. But my decisions were not in synch with what the president was looking for. I pushed hard to get investment in an underfunded product, but the president was not interested in investing at all. And I grew revenue, instead of cutting costs as the president wanted, on another. The goal was to increase profitability and my view was that the better way to do it was by increasing revenue.

In the end, I left the company disappointed that my accomplishments were not recognized. Years later, I found out that the next Product Manager implemented my plans for another set of products but did it by managing up and having alignment with the executives. He was rewarded for his efforts. Lesson learned.