Skip to content
Loading...
Latest news
How to Keep Your Product Strategy From Turning Into a Game of Jeopardy
The Maturity of your Market Dictates the Type of Product that You Need
Politics and your next release
What is a Successful Product? An Overview of Metrics and KPIs to Track Product Success
Product Management – You’re doing it wrong
CareerPrabhakar

It has been an interesting, or should I say serendipitous week, that I came across a couple of very good articles about career choices even as I have been working for a while (years!) on my own calling. 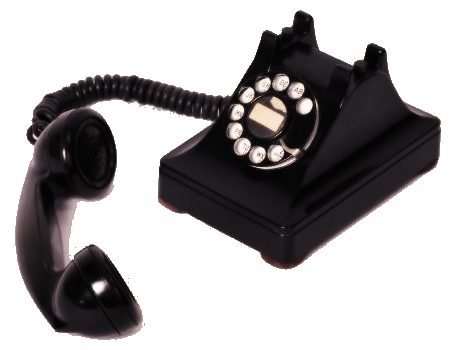 It talks about the differences among the three –  job, career and calling. Job is something you do for a fixed period of time in a day and charge for it – e.g. waiting at a table in a restaurant.   Most jobs are in-between things you do before you figure out what you REALLY want to do next.

Career is working from one job to another job, up the ladder (if you are lucky), mostly in the same company and/or industry. Some mistake a job for a career at places where the outcome even after many years turns out to be just a job, despite a lot of energy and time spent there with no real path to what was promised initially.

Calling is when you know your purpose is beyond sucking up to your boss or doing the same thing over and over with no good result. Calling is about building something, creating meaning for yourself and others. Calling has very little to do with money, position or power. It is about making real change in whatever you are after. It’s about delighting yourself and others around you.

The second blog post I read was on Victor Cheng’s website: The Decisive Advantage in Career Choices. I know Victor, have used his training material and followed his posts for a long time. He is an incredible teacher and a great guy. Victor minces no words when he says these two things – 1) NEVER compete in a competition where you don’t have a major advantage over the competition. 2) Get OUT of any market that you’re ALREADY in, where you have no decisive advantage.

In other words, drop your ‘me too’ strategy and figure out what your real strengths are compete on that basis. And also know not to compete in places where your strengths won’t work. The latter is very important, more important than the former.

For example, if you are an innovation driven product guy (or gal), don’t go and look for a position where product (or service) innovation is secondary to the firm. That’s just a plain misfit. Even if you have a lot to offer, you are simply not going to make sense to the people around you or the firm.

But if you want to just keep a machine running, e.g. flipping burgers (a job) that’s a different story. There’s always going to be people wanting to eat at undifferentiated burger chains. These burger chains solve the simple known problem = feeding hunger at $1.99/burger (let’s leave the question of health out of the picture for now). There’s nothing wrong with these places. They serve a real need in the market – low priced meat+bun packaged and sold in convenient drive-throughs/accessible locations (e.g off highway service roads).

Working at these burger chains for some can be mind numbing. If your mind comes up with ideas like these: what about coming up with better customer service, better ingredients, better menu and so on, you have lost the race for the job. These burger chains can be innovation killers for those that work in the line jobs. They focus on one thing really well – their model – flipping burgers fast to feed the hungry at $1.99/burger (or even less if they give you a deal).

And here’s a twist: Just as the candidate (because flipping burgers is a job) is aware that this is going to be a job so should the burger chain owners know that they are not looking for real innovative talent or demanding loyalty to fill their vacancies. Once that understanding is reached, both sides can happily go about flipping the burgers. It is the lack of understanding there that results in most firms and employees confusing themselves on what they want from each other.

Clear that understanding and we will all have more meaningful work.