Skip to content
Loading...
Latest news
How to Keep Your Product Strategy From Turning Into a Game of Jeopardy
The Maturity of your Market Dictates the Type of Product that You Need
Politics and your next release
What is a Successful Product? An Overview of Metrics and KPIs to Track Product Success
Product Management – You’re doing it wrong
CollaborationIntelLeadershipMessagingPrabhakar 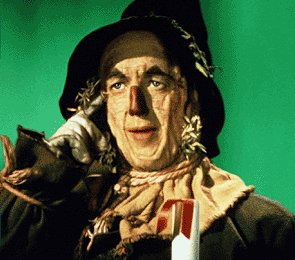 Have you come across the Answer First method of communication?  In the corporate world, you are often coached to ‘get to the point’, ‘get to the answer first’, ‘synthesize and summarize’ and other communication techniques to get past limited executive attention. Part of the problem with the method is, it can result in poor decision-making contrary to what it is actually supposed to help.

Here’s why: by saying the answer first,  the ability to both communicate the background to the client so the client can  understand the problem scenario, and engage the client in participatory solution analysis  are lost.  The result of the answer first approach is, your client picks what they heard first and go on to make decisions without debate or deliberation.  By presenting the answer first you have removed the client’s ability to independently examine the situation and arrive at his/her own ideas of what could be the problem-solution.  Below is an anti-pattern to that style of communication.

Next time some executive asks you for the 1 min summary and you know it requires more than a minute to understand and explore the idea at hand, stand your ground and say you can’t explain it in one minute but you need more time.  If your executive really cares about the subject, is curious about  your ideas, chances are he or she will come back to you with more time.

Clay Christensen explains how he stood his ground with Andy Grove of Intel.  The outcome, as we all know today is remarkable:

Before I published The Innovator’s Dilemma, I got a call from Andrew Grove, then the chairman of Intel. He had read one of my early papers about disruptive technology, and he asked if I could talk to his direct reports and explain my research and what it implied for Intel. Excited, I flew to Silicon Valley and showed up at the appointed time, only to have Grove say, “Look, stuff has happened. We have only 10 minutes for you. Tell us what your model of disruption means for Intel.” I said that I couldn’t—that I needed a full 30 minutes to explain the model, because only with it as context would any comments about Intel make sense. Ten minutes into my explanation, Grove interrupted: “Look, I’ve got your model. Just tell us what it means for Intel.”

I insisted that I needed 10 more minutes to describe how the process of disruption had worked its way through a very different industry, steel, so that he and his team could understand how disruption worked. I told the story of how Nucor and other steel minimills had begun by attacking the lowest end of the market—steel reinforcing bars, or rebar—and later moved up toward the high end, undercutting the traditional steel mills.

When I finished the minimill story, Grove said, “OK, I get it. What it means for Intel is…,” and then went on to articulate what would become the company’s strategy for going to the bottom of the market to launch the Celeron processor.

I’ve thought about that a million times since. If I had been suckered into telling Andy Grove what he should think about the microprocessor business, I’d have been killed. But instead of telling him what to think, I taught him how to think—and then he reached what I felt was the correct decision on his own.

Executives that put ‘listening’ as their priority, engage in the deliberative process of decision-making.  Those that have very little attention end up running on hamster wheels – lot of churn, but no movement.  When it comes to execution, they realize they lack the necessary information  or the courage to make the right decisions or end up making bad decisions.  After all, they had avoided the understanding of the real problem all along due to ignorance or arrogance.  Either way it is unhealthy for the organization.

If you want to change the culture of your organization’s decision-making style, insist on getting more time with your executives to walk through problem scenarios instead of elevator pitches of the Answer First mode.  Elevator pitches are not for every situation.