Skip to content
Loading...
Latest news
How to Keep Your Product Strategy From Turning Into a Game of Jeopardy
The Maturity of your Market Dictates the Type of Product that You Need
Politics and your next release
What is a Successful Product? An Overview of Metrics and KPIs to Track Product Success
Product Management – You’re doing it wrong
CultureMicrosoftSaeedStrategyYahoo 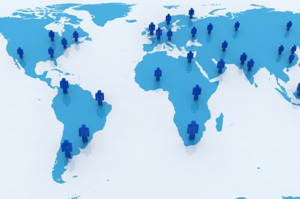 It’s been several months since the news of Marissa Mayer’s INTERNAL memo on working from home, entitled “Physically together” became public. I had written a blog post in response to it, but decided that I should wait a while and let both the news sink in and my emotions settle before actually posting it. I didn’t expect it to be almost 6 months later though.

There’s a key section that memo that I want to focus on:

“…From Sunnyvale to Santa Monica, Bangalore to Beijing — I think we can all feel the energy and buzz in our offices.

To become the absolute best place to work, communication and collaboration will be important, so we need to be working side-by-side. That is why it is critical that we are all present in our offices. Some of the best decisions and insights come from hallway and cafeteria discussions, meeting new people, and impromptu team meetings.”

The reason I wanted to write a response to that memo is that I am a remote worker. I have been for several years, and even when I wasn’t a remote worker — i.e. I worked in an office with others — I worked closely with people who were remote — relative to me at least.

After some initial missteps about how specific the requirements needed to be  — the first prototype required a complete rewrite — we moved forward and worked very well together. I got used to waking up in the morning with various emails that arrived overnight, and I also got used to the weekly 10 PM Wednesday status call. And strangely, I also got used to working with people I never met face to face in my life, but with whom I felt a real connection and bond as we worked on several releases of the product.

Ten years later, I still work with an offshore team, still have weekly status calls, still receive emails overnight, and still have not met face-to-face with many of the people I work.  In fact, I work closely with people both near-shore and offshore and meet goals and milestones, deliver successful product releases, participate in product launches etc. and see people once, maybe twice a year if that.

Culture and Communication, not Co-location

For me, being “Physcially together” to create successful products has never been an issue. It wasn’t necessary 10 years ago and it isn’t necessary today. The reason is that then, as well as now, its the culture that makes it possible. The work culture is about “getting things done” and moving forward. Clear and honest communication is necessary as is a sufficient level of patience as there are times where we cross-paths or have to repeat discussions or revisit decisions that we’ve made before.

But this would be no different were we all in the same room or building working together. I’ve seen huge foul-ups happen with people who work on the same floor of the same building, so co-location isn’t a solution for poor communication or poor culture.

I’m pretty sure Yahoo has some extreme culture problems and one way to trim some of the bad apples is too force those who take advantage of working from home to show up and step up, or leave.

There clearly are times where I miss the ability to sit across a table from my co-workers and have a brainstorming session on a topic, or catch up on some (not quite) unrelated developments happening in another product group. There is HUGE value in those ad-hoc discussions that happen — as the memo states — in hallways and cafeterias.

In the end, it’s very difficult to change the culture of a large, slow moving company that doesn’t innovate.  Yahoo bought Flickr — an amazing photo-sharing app built by a small and talented team (of Canadians mostly!! 🙂 ) and did virtually nothing with it. This has been the story with many such acquisitions — the most famous of which (in my view) was the $5.7 billion paid for Broadcast.com in 1999 — that made Mark Cuban an instant billionaire.  Cuban has done a lot with the money he made, but what happened to Broadcast.com?  Not much.

I predict that not much will happen with other Yahoo initiatives — and this is not a slight against Ms. Mayer — because changing the culture at Yahoo  to one that creates great products will take a radical change of how the company functions and how the company is structured, and it’s unlikely that any CEO, Ms. Mayer  or others, would want to make those changes. It might upset shareholders. 🙁

And don’t forget about Microsoft

BTW, Microsoft is currently going through their own changes (more sweeping than Yahoo’s) , trying to recapture their mojo.  I’m sure I’ll get this wrong, but I think Microsoft will see real success before Yahoo does from those changes. It will be interesting to track both. What are your thoughts?

Saeed Khan is a founder and Managing Editor of On Product Management, and has worked for the last 20 years in high-technology companies building and managing market leading products. He also speaks regularly at events on the topic of product management and product leadership.