Skip to content
Loading...
Latest news
How to Keep Your Product Strategy From Turning Into a Game of Jeopardy
The Maturity of your Market Dictates the Type of Product that You Need
Politics and your next release
What is a Successful Product? An Overview of Metrics and KPIs to Track Product Success
Product Management – You’re doing it wrong
AppleGuest BloggerInnovationLeadershipMicrosoftSteve JobsUser Experience 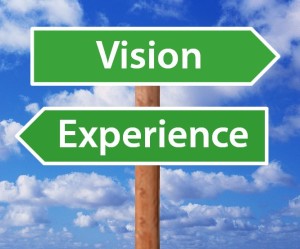 Reading Steve Jobs’ biography set in motion a train of thoughts that took me from the Jobs/Gates controversy over history of religion and philosophy to what we need to do to make awesome products.

In Steve Jobs’ biography a chapter is dedicated to Bill Gates. Jobs and Gates initially collaborated tightly. Microsoft for example originally made Excel and Word exclusively available for Apples MacIntosh. But as we all know, Bill Gates eventually decided to make a new version of his operating system and called it Windows. It was inspired by the graphical user interface he had seen on the MacIntosh computer.

Naturally Jobs didn’t like that Gates had stolen his idea and this started an ongoing animosity between them. Jobs, however didn’t dislike or envy Microsoft as a business, he simply had a problem with how they designed their products, which he thought lacked style and finesse.

Superficially that is interesting from an anecdotal point of view, but there is a much deeper philosophical divide between the two approaches, than what can be gleaned from Jobs mocking Gates’ lack of style. Let’s start by noting that Microsoft valued experience and experimentation highest.

The focus on experience and experimentation can be traced to the epistemological position known as empiricism. Empiricism is defined in the Encyclopedia Brittanica as:

“Empiricism in the philosophy of science emphasizes evidence, especially as discovered in experiments. It is a fundamental part of the scientific method that all hypotheses and theories must be tested against observations of the natural world”

This is the philosophy that fueled the industrial revolution and this is the approach used by Bill Gates and Microsoft. It is based on experience with coding and experimentation is the way to find out how to make the optimal product.

But what about Steve Jobs? If he is evidently not an empiricist, then what is he? He was very inspired by buddhism especially zen buddhism. He travelled through India in his youth and was eventually married according to Zen ritual.

Now, according to buddhist writers the material world, we have access to through our senses, is an illusion. Concepts exist before and independently of the experienced world. In western philosophy this is similar to the epistemological position known as idealism. The other major epistemological school in philosophy championed by Plato.

Jobs had a vision of how the product had to be. He also made several attempts at producing the product, but here the purpose was to get closer to an already existing idea of how the product should be. The attempts were not experiments in the scientific meaning of the word, but mere materializations that could be measured against the immaterial idea.

How to make new products

So, finally we have come full circle. The disagreement between Jobs and Gates on how to develop technology was not just a superficial disagreement about lack of style or coding skills. It was about whether the best way to develop a new product was obtained through vision and thought or through experience and experimentation.

Beneath the difference between two of the worlds largest technology companies lies a century old divide between empiricist and idealist philosophy. Both have been very successful, but in radically different ways.

In software development today the winds are blowing the empiricist way. The Lean Startup movement focuses on experimentation. Start-up after start-up put their ideas into the world quickly in bad shape and experiment, like Microsoft, to arrive at a product that is good enough to satisfy a market.

If followed correctly, it can lead to good products, but it will never in itself give you amazing products.  If you are fumbling along in the dark with sequential A/B test designs and random hypotheses, you will arrive at products that are good enough to generate money for your company. But in order to create something truly great you need the ability to soar above the terrain in the sky; you need to have vision.

NOTE: This article was originally published on Opaque Parcels. Reprinted here with permission of the author.

Tweet this: Experience or Vision – How to make great products  http://wp.me/pXBON-49v #vision #prodmgmt