Skip to content
Loading...
Latest news
How to Keep Your Product Strategy From Turning Into a Game of Jeopardy
The Maturity of your Market Dictates the Type of Product that You Need
Politics and your next release
What is a Successful Product? An Overview of Metrics and KPIs to Track Product Success
Product Management – You’re doing it wrong
CultureMultiple ContributorsProduct ManagementRequirementsStrategyUser Experience 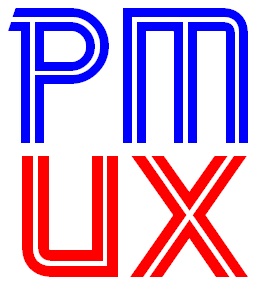 Parts 1, 2, and 3 of this series covered a number of topics including working with other teams, organizational structures, personas, Agile, and common documents. This 4th and final part covers a few more areas.

Saeed: I was talking to a VC a while back about Product Management in startups. We discussed some of the issues he saw. First, he said, that people don’t have enough training for product management.  This is both the PMs themselves but also executives. It’s poorly understood and poorly implemented, so often fails.

The second issue he raised was company orientation. Companies can be product-centric or sales-centric and that changes the product management role quite a bit. That adds complexity and relates back to the first problem.

Let’s say a company is sales-centric.  How does that affect UX? Does UX care?

Heather: No, not as much as product management. It will affect the direction we are given. I may have to make design for  the 17 features that are in all of the blog and industry journal checklists but that no one actually uses, and I have to do it without compromising the workflows people do use. However that’s it – it isn’t as big of an impact.

Heather: On the other hand, I worked for a research-centric company where the research team was made up of industry experts who talked to other industry experts and defined the products they wanted.

However the end-users weren’t like them. They were college grads rather than PhD researchers who did a job by following explicit instructions. The researchers wanted the product to be able to do everything and to be incredibly flexible. The customers wanted easy repeatability.

We (the UX team) ended up creating anti-personas that were very similar to the research scientists so we could make it clear who we were not designing for.

Heather: It was clear that the anti-persona was a very well-educated and very well-known and respected individual in the industry – whereas  most of our users were just doing a 9 to 5 job.

A bizarre outcome of this was that the research scientists liked that the anti-personas resembled them and showed them as thought leaders and experts. They jokingly all wanted an anti-persona based on them.  They’d ask for little things to be added like the universities they attended, the awards they won.

Strangely anti-personas became a required deliverable for every project. They kept the research scientists happy. They felt special.  And the project team could politely turn down ideas or redirect them by referring to the anti-persona rather than scientists on the team.

There wasn’t any product management in that company. Agile required a customer or customer representative. The research scientist filled this role in the beginning. Then subject manner experts who had done the job were hired form customer companies. And eventually that evolved into a product management role.

Saeed: I have to say that I find that odd. Both that you had to create anti-personas for every project, but also that the researchers liked being depicted in them. You’ve worked with some interesting companies. 🙂

What do you like most about UX and the work you do?

Best parts of our jobs

Heather: I like working with end users. I like seeing how people work and think and how they interact with each other. I like when I work on technology that improves someone’s life in some small way, though if it fails, it is also interesting to see why it fails.

Saeed: I’ve done a lot of things in my career. Immediately before I was a product management I was responsible for documentation, training and support. I’ve done some marketing and some development before that.  What I’ve seen is that product management brings all of that together.

Also, product management is fundamentally about problem solving; people problems, process problems, product problems, market problems etc. You can’t have a successful product without a wide range of input and understanding. I like connecting dots so to speak.

So what do you hate about your job?

Worst part of our jobs

Everyone has an opinion on what the design should be and everyone wants it their way and often the differences of opinion get solved through politics and that makes no sense to me. When things get political I’m lost.

When someone disagrees with me or has a different point of view that is based on what they truly believe is the best for the customer, I can work with that. I’m happy to talk to them and work out a solution.

But when it seems more that a person or department just wants it their way; they want a win; they need to get their way on this project to make up for something didn’t go their way somewhere else or whatever, I’m completely lost. I don’t know how to work with that. I don’t get the cross-project negotiation. If this happens on project X then I’ll help get Y implemented on project Z.

I decided to freelance because I can come in give my opinion and someone else can make the final decisions.

Saeed: So you don’t want to assert yourself? You said you prefer someone else to make final decisions?

Heather: I want to be heard. I want to put my ideas forward. But I am happy in more of a support role where someone else makes the trade-offs between schedule, budget and quality.

I fully understand that they need to be made, but I’m not great at that negotiation. I want everything.  And product managers who won’t do the negotiation and make the decisions and just say give me it all on time and under budget also frustrate me.

I don’t have to get my way to be happy. I just need my ideas to be heard and my input to be valued.

Saeed: I think people from the outside look at product management and have no idea the amount of backroom politics and intercompany struggles and trade-offs there are.

I worked with someone years ago who a sales engineer and  was always complaining about how long it took for product management to get things done.

“Why can’t you get functionality out faster? This has been a known issue with the product for years. Why don’t you get it fixed?”  and so on.

I used to tell him that if he knew all the BS that I had to with just to get releases out the door, he wouldn’t ask those questions.

A few years later he moved into a product management role and after a few months in that role,  I asked him if he remembered our conversation.  He looked at me and said “Oh my god,  you were so right! I understand why it takes forever to get something done.”

There is so much politics in the job, and by that I mean the assertion of power and assertion of influence. And people with power and influence are in different groups and have different views on what success is.

In the end my focus as a product manager is what we need to do to succeed. No one wants to work on a failed product.

Some days though, it’s hard not to bang your head against the wall and wonder why you bother.

Heather: What is the main quality that you look for in your UX team?

Saeed: Same quality I look for in everyone is being a rational person. I assume you are qualified to do your role and that you were hired because you have the skills you need.

I worked with someone who said in the end, every problem is a people problem.  And that is true. It may look like a technical problem but if the people trying to resolve it are rational and open we can figure out what to do about it. If someone isn’t rational and insists on everything their way, then it’s much harder.

Currently I work with someone in UX who is easy to work with and he and I are very much aligned on our goals and that is important. We bring our combined knowledge to problems and constraints.

Heather, this has been a great conversation. Thank you very much.

Heather: Thank you. I agree it’s been great. We covered a lot more than I expected.

Tweet this:  He Said, She Said: Part 4 – How can Product Management and UX work together http://wp.me/pXBON-4dz #prodmgmt #ux