Skip to content
Loading...
Latest news
How to Keep Your Product Strategy From Turning Into a Game of Jeopardy
The Maturity of your Market Dictates the Type of Product that You Need
Politics and your next release
What is a Successful Product? An Overview of Metrics and KPIs to Track Product Success
Product Management – You’re doing it wrong
CultureEntrepreneurshipInnovationProduct ManagementProductCampSaeed 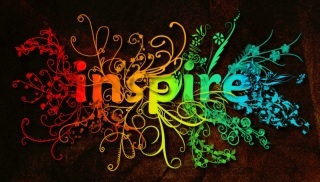 This past weekend, I managed to attend Product Camp Austin 8! Thanks to some business I had to attend to earlier in the week in that same city, I was able to stay an extra day and learn from and network with some of Austin’s finest product people.

I saw my good friend and fellow On Product Management blogger, Prabhakar Gopalan. As usual, he was energetic, excited and full of disdain for conventional thinking.

I met Josh Duncan face-to-face for the first time. He had interviewed me last year on his blog and posted the video on his site. My initial thought: he’s much taller than I expected!

Also met with many other people including  Scott Sehlhorst, Tom Evans, Mike Boudreaux and Cindy Solomon. I’ve met Mike and Cindy before, but each just once, and neither time in Austin. As I’ve stated previously on this blog, there’s nothing like face-to-face meeting to really get to know someone or understand what they are about.

Although it’s not a huge city (population is under 1 million), the technology scene in Austin is vibrant. I’m not sure of the official count, but there were at least 250 people in the audience in the opening session. And this was not the largest ProductCamp they’ve had.

Attending the camp and meeting with everyone inspired me to dust off some old personal projects that have been lingering on the back burner for a while. You’ll hear about some of these later this year. But the day also inspired me to get back and blog more regularly. I have at least 3 upcoming posts in the works.

Although I didn’t have a speaking slot on the day (grumble grumble, unpublished deadlines, email snafus), I was directly referenced in various ways in at least 3 sessions that I attended. Two times it was by people who knew me, but one time it was by someone (Dori Gilbert) I had only met that morning and with whom I’d only had a 10 second exchange. I’m not sure what to say, but I was both humbled and, yes, inspired. You don’t find that level of cordiality everywhere.

My lesson and advice — get out of the building more and meet, talk, engage, interact, learn, teach, network, experience, share and deal with people face-to-face as much as you can.  You will only come out better for your efforts.

Josh was presenting at the end of day in the main auditorium. The AT&T Conference Center, where ProductCamp was held, is a nice facility. It’s new, modern, high-tech, with wall-sized projection screens, stadium seating etc. What better venue for Josh to deliver his talk. He’d prepared a top notch, visually interesting slide deck. And he’s a good speaker.

Well, Murphy’s Law struck just as Josh was setting up, the projection screen refused to work. Where his slides should have been, all we had was a floor to ceiling 20ft wide black wall. But the show must go on. So what did Josh do — with a bit of encouragement from the audience? He turned his talk into a fireside chat. 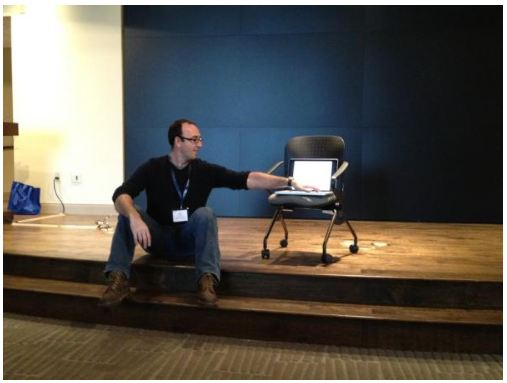 That’s how he gave most of his presentation. And you know what? It worked. Everyone learned something. He owned his story!

Earlier in the afternoon, one of the speakers was a no-show. Too bad, as the title — A Slice of Design — sounded intriguing, and there were at least 50 people in the room patiently waiting. I was one of them.  Once it was confirmed the speaker was not around, one of the organizers came in, apologized for the no-show and suggested people go to one of the other sessions that were underway.

While a few people started to get up, someone said “Let’s get another speaker” or something like that. Prabhakar had just entered the auditorium a few seconds earlier and was standing near the front of the room. I pointed at him and said, “I want to hear him speak!”.  It seems like everyone knew Prabhakar there, and soon others joined in, encouraging him to give a talk, completely on the fly.

He accepted the challenge, took a few seconds to compose himself and then gave an impassioned talk on the future of Innovation. Here are a couple of tweets from the audience.

And here’s a picture of him in action. No slides, no prepared notes, but lots of great ideas and  A LOT of audience discussion! 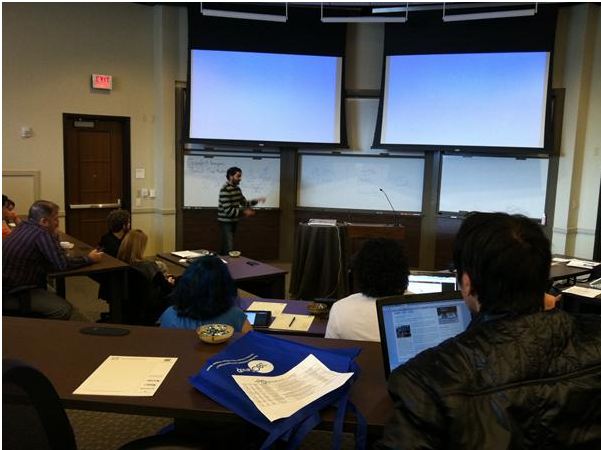 And did I mention that at the end of the day, his talk — impromptu as it was — was voted best of the day? That’s what an “unconference” is about!

I’ll end it there, still inspired as I am, and I hope that I inspired you a bit. Where ever you are, whatever role or job you have, if you’re reading this blog, realize that obstacles in your path are simply there to help you think and find creative solutions to problems.

Get out, meet people, learn from them, teach them and leave each other inspired to do great things.