Skip to content
Loading...
Latest news
How to Keep Your Product Strategy From Turning Into a Game of Jeopardy
The Maturity of your Market Dictates the Type of Product that You Need
Politics and your next release
What is a Successful Product? An Overview of Metrics and KPIs to Track Product Success
Product Management – You’re doing it wrong
BlackberryInnovationMarketingMessagingPositioningProduct ManagementRIMSaeed 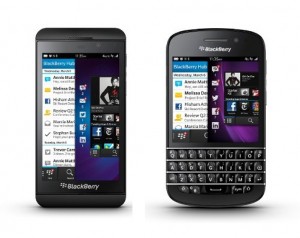 Back in May 2011, I wrote the following post: Addressing Market Shifts or Why RIM is not down and out just yet.  As the news of RIM’s relaunch spread this past week,  I remembered that post and realized I should look at it again and write a follow up.

My first thought after reading it again, was how wrong I was about the timeframe. I wrote it in May 2011 (didn’t realize it was that long ago). In it I said:

“They [RIM] definitely need to get their new QNX based Blackberrys out soon, ideally in 2011 and NOT 2012.”

They changed their name from RIM (Research in Motion) to Blackberry. Didn’t see that one coming personally, but it’s not the worst thing they could have done.

They hired Alicia Keys as Global Creative Director? WTF? You’d think after Lady Gaga at Polaroid and Will.i.am at Intel, someone would have told Thorsten Heins how dumb it is to have celebrity creative/innovation directors. Nothing against Alicia Keys, but what is she really going to do for RIM?

They spent about $4 million on a SuperBowl ad — first time they did that. I’m not a big fan of that kind of marketing to be honest, but not as bad as the Alica Keys move IMHO.

I’m going to still call them RIM for the time being. Easier to say and spell. 🙂

Calling the company Blackberry actually makes sense. The name Blackberry has worldwide recognition. And if they have other products, like the Playbook, then Blackberry Playbook makes a lot of sense as well.

Other recommendations I made in that post are as follows:

They need to create, educate and grow a thriving 3rd party development community.

They definitely worked on that offering incentives for developers to port or write Blackberry 10 apps. And there is definitely a growing number of apps available, though pundits were very eager to talk about the apps that weren’t there at the launch.

From my perspective, it’s about whether the most popular apps their target audience needs are there or will be there soon. e.g. Instagram

Based on the list on Wikipedia of RIM’s acquistions, it doesn’t look like they made any such moves.  There are some differentiated features in the new phones — such as Blackbery Balance and BlackBerry Hub — but none are “killer” features IMHO.

They need to provide incentives to existing customers who move to the new QNX Blackberrys vs. losing them to iPhone/Android handsets.

I have a personal attachment to this one! 🙂 I’ve been using Blackberry’s for a while now though I was not an early adopter by any means. My needs are simple and I really want RIM to reward me for my loyalty. My wife has an iPhone 5, my oldest daughter a Samsung Galaxy III. I can’t type on the iPhone, but I love the Swype keyboard on the Galaxy. That alone would make me pick the Galaxy.

Having said that, this demo of a predictive typing feature on the BB10 looks even better!

They need to show the market and investors that they are still an innovative company that can deliver rock solid products.

I think the jury is still out on this one. The new products look very good — I played with a demo version over the Christmas break. They are well built and function smoothly, but at this stage in the game, that’s the minimum anyone would expect.

I’m going to order a new BB10 later this week. Not just to be different from my wife and daughter, and not just to be supportive of a Canadian company, but because the new BBs do what I need. I’m not usually an early adopter of technology. I bought my first digital camera in 2002 and a flat screen TV in 2011.

I’ll keep you posted on how things are going and I’m sure the press will do their job in highlighting the good, the bad and the ugly of RIM’s new phase.

What do you think? Is RIM on the right track? What else should/could they be doing to compete and grow in the market?