Skip to content
Loading...
Latest news
How to Keep Your Product Strategy From Turning Into a Game of Jeopardy
The Maturity of your Market Dictates the Type of Product that You Need
Politics and your next release
What is a Successful Product? An Overview of Metrics and KPIs to Track Product Success
Product Management – You’re doing it wrong
CultureInnovationLeadershipMessagingPricingProduct ManagementSales

Given the Copenhagen Summit this week (I have low expectations of that BTW), I thought I’d present my own ecologically themed piece.

Computer hardware is getting cheaper and cheaper all the time. It’s almost unbelievable how much computing power and utility we can purchase today, compared to just 3 or 5 years ago. This is true for servers, storage, printers, monitors, networking equipment etc.

But, as our needs grow, or hardware fails, and new equipment arrives, what do we do with the old equipment? One area of personal frustration with computer hardware is with low end home/office printers. Printers can be bought new (or refurbished) for less than the cost of the replace ink/toner for those very same printers. 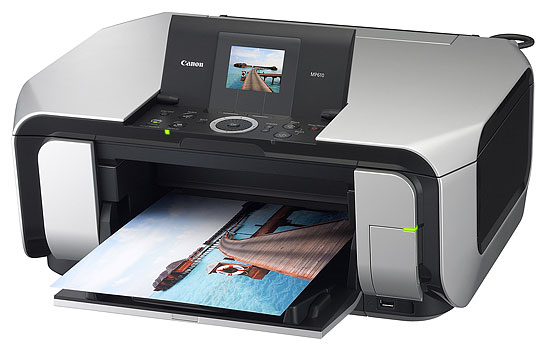 I wrote about the crazy pricing model of computer printers here. It’s been a couple of years since I wrote that and unfortunately the time has come to replace one of my printers (again)!

Canon, can you spare a print head

This time, it’s a Canon MP 610 printer. It’s actually a nice printer. It does all the usual stuff — scanning, printing, copying etc. It has independent ink cartridges for every colour so you only need to refill what you use. In fact, it has 2 black ink cartridges. One is used for text and is large capacity. The other is used for images and is “normal” size.

So what happened? To make a long story short. The printer won’t print black text through the large capacity black text cartridge. Apparently, we don’t use the printer “enough” and the print head got clogged. And apparently, this clogging is a common problem when ink-jet printers are not used regularly.  Given the price I pay for ink-jet ink, why would I use it for printing text. I use my laser printer for that! 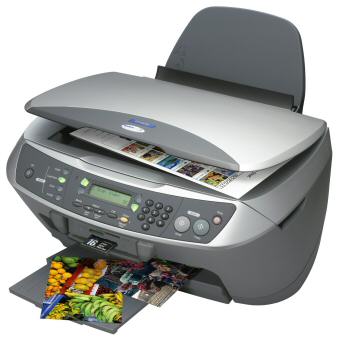 The entire printer (with ink!) is available online for about $150 and they’re charging me $119 for a print head. Oh yeah, and all sales are final, so if the new print head doesn’t remedy the problem, I’m out $120. Would people stand for this price gouging if it were applied to car parts?

So now I have a useless printer. And this is not the first time this happened. I had the exact same problem occur with an all-in-one Epson printer (shown at right).

Can I send my junk into the Sun?

The Epson printer is in a box in my basement. I didn’t want to take it and dump it at the landfill. Now I have 2 printers that are useless to me.

And in case you are wondering, whether I’m getting another printer. The answer is yes.  My kids do use the colour printer for school projects. So what’s my solution?

I was tempted to buy a Canon MP 640. It’s a really nice printer. It’s like my 610 but has wireless and Ethernet networking support and a few other bonuses. Price would be about $200. But I decided against that.

For $39 — less than the cost of ink cartridges – I bought a Canon MP150. Actually I bought 2 of them! Why? Free shipping for orders over $50. Not quite as “nice” as the 640, but at 20% of the price of a replacement printer, and 33% of the price of the print head, it’s more than going to meet my kids’ needs. It also won’t dent my wallet too much either. And when the first one goes belly up, which it definitely will,  I’ll have a full second printer to replace it.

Am I proud of this conspicuous consumption? No.

Do I like all this technojunk I’m accumulating? Absolutely not.

But this is the result of ridiculous pricing policies and poor product design from printer manufacturers. Whether Epson, Canon, HP or anyone else; they’re all guilty of driving people to this behaviour.

I’m one person, and in a span of a few years, I’ve purchased 4 ink jet printers. Now multiply that by the millions of people who, like me, have similar problems and you see the scope of the problem.  Is this an ecologically sustainable system? Absolutely not.

If there is anyone reading this who works in the printer industry and would like to respond, I really want to hear from  you.

As mentioned at the top of the article, this technojunk problem is rampant within technology and not just with printers.  I have a couple of wired routers, a Wireless B router, a old cable modem, computer speakers, keyboards, old desktop PC cases, several burnt out motherboards and hard drives (internal and external) all collecting dust in my basement. I’m not a pack rat, but I loathe just taking this to the landfill.

I also have a 19 inch ViewSonic LCD monitor that stopped working 18 months after I bought it. Reparing it would cost more than the monitor’s purchase price.  It’s also in my basement collecting dust as I don’t want to take that to the dump either. Any suggestions on what to do with that? I’m sure it’s simply a circuity problem and the LCD is fully intact. Anyone know how I can use it to create a digital picture frame?